Versace puts the "V" in va-va-voom. Founded in Milan in 1978 by Gianni Versace, who apprenticed at his mother's dressmaking shop—and run by his sister, Donatella, since his 1997 death—Versace is Italy's numero uno bastion of sexy, more-is-more, curve-hugging gowns. From the signature chain-mail dress Gianni debuted in the early eighties to Elizabeth Hurley's flesh-baring safety-pin number, it has long been the house of choice for red-carpet sirens who demand a theatrical entrance. (Think J. Lo at the 2000 Grammys in the jungle green Hawaiian-print dress with a neckline that plunged below her navel.)

The drama at Versace isn't limited to the clothes. Since the murder of its founder on the steps of his Miami Beach mansion, the label has seen its share of ups and downs. Donatella took over the creative direction, but typical of the intrigue that surrounds this house was the matter of Gianni's will. It entitled Donatella's daughter, Allegra—only 11 at the time—to 50 percent of the Versace empire upon her 18th birthday. Donatella inherited only 20 percent, while her older brother, Santo, received 30. Donatella has struggled with addiction, entering rehab in Arizona in 2004, while Allegra has been treated for anorexia.

Everyone likes a great comeback story, though. Donatella has cleaned up her act and triumphed on the runway. Emerging from the shadow of Gianni, she has been applauded by the industry, initially for her blinged-out super-glam looks and more recently for a surprising new restraint and focus on structure.

In addition to the ready-to-wear collection, Versace produces a couture line, Atelier Versace; the diffusion lines Versace Collection, Versace Sport, Versace Jeans Couture, and Versus; as well as jewelry, accessories, fragrance, cosmetics, and furniture. In 2000, a branded hotel, Palazzo Versace, opened on the Australian Gold Coast.

Gucci turned on the glamour for the FW 2010 collection. Never a brand to shy away from the glitz, things were especially steamy this season with sultry draping and cutout back details. Stark, yes, but sexy thanks to the unexpected factor (the dresses were whole in front). Suede thigh high boots lent a softness to boxy dresses and coats, while delicate knit decorated the back of dresses and comprised textured tights.

When Guccio Gucci—son of a Florentine craftsman—opened a modest leather-goods shop in his native city in 1921, he laid the foundation for what would become one of the world's most powerful and recognizable luxury brands. Gucci was wise to the ways of the European aristocracy, having once worked at the Savoy Hotel in London, and his store's wares included traveling articles, luggage, and saddlery with a certain elegant je ne sais quoi. By the 1930's his accessories and bags, distinguished by the horse bit and stirrup motif, had become trendy among the well-heeled set. Over the next 30 years Gucci and his sons—Rodolfo, Aldo, Ugo, and Vasco—cemented the brand's international prestige with the introduction of its iconic bamboo-handled bag (still in production today), green-red-green webbing, and logo of interlocking G's. Further enhancing the company's image were Gucci-wearing style setters like Jackie O and Grace Kelly.

In the 1970's and 1980's the family business expanded into the Far East. As it diversified and added more accessible items to its line, however, its elite reputation began to tarnish. After Rodolfo's death in 1983, his son Maurizio took the reins of the company amid a storm of Gucci-versus-Gucci legal battles and a tax-evasion conviction for Aldo Gucci in 1986. The house was near bankruptcy when Maurizio sold half of the company's shares to a Bahrain-based investment group in the late eighties (the remaining shares were sold in 1993).

Enter Tom Ford. Dawn Mello, then Gucci's creative director, tapped him to design womenswear in 1990. By 1995, new CEO Domenico De Sole was planning a total relaunch; Ford's until-then behind-the-scenes role was expanded and he was named the new creative director. Ford masterminded a new Gucci image of exclusive, sex-fueled hedonism that twinned provocation with a concept of woman as glamazon. Over the next few years, he designed collections that would come to define the go-go days of the late nineties, with such signatures as the boot-cut velvet suit paired with a cleavage-baring unbuttoned shirt (incidentally his own trademark look), the white jersey cutout dress, and the flesh-colored goddess gown sprinkled with tiny crystals. With art direction by Carine Roitfeld and photographs by Mario Testino, an infamous marketing campaign teased the dangerous edges of pornography.

In 1999 the French powerhouse LVMH tried to acquire Gucci, but its rival PPR bested it, snapping up Gucci and creating the Gucci Group, which today is home to Yves Saint Laurent, Bottega Veneta, Alexander McQueen, and Balenciaga, among others. In 2004 Ford and De Sole left Gucci after sparring with PPR executives. Frida Giannini, a former accessories designer under Ford, is the current creative director
Diposkan oleh Artist Today di 7:02 AM No comments: 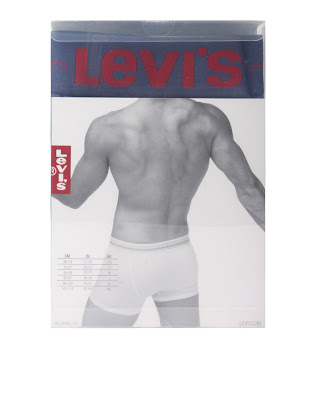 Relax in comfort when wearing these Levis Under wears 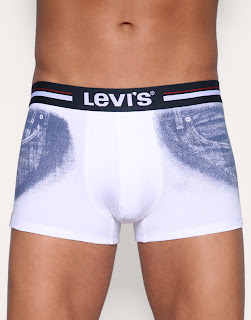 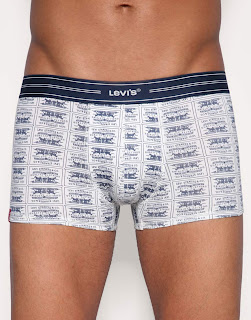 Levi's All Over Print Trunks 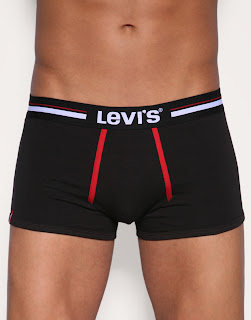 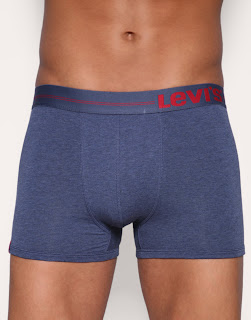 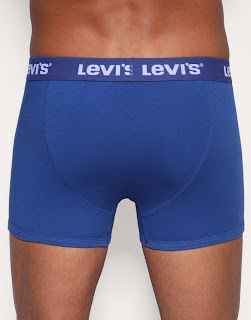 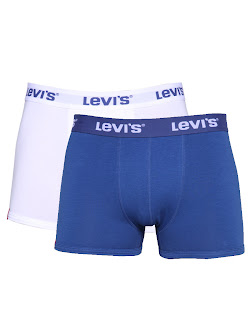 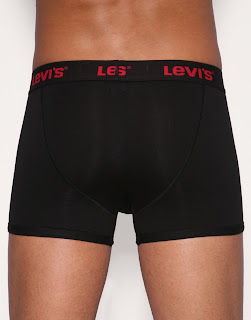 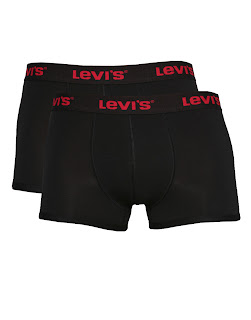 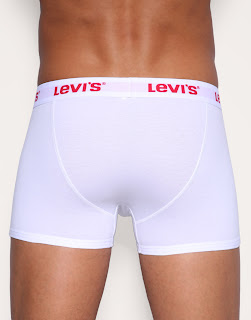 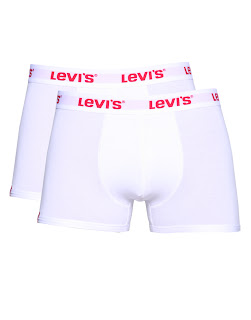 ABOUT ME95% cotton 5% elastane LOOK AFTER ME40 degree machine wash, do not tumble dry
Diposkan oleh Artist Today di 1:24 AM No comments: