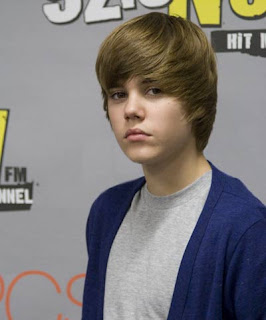 Bieber was born in Stratford, Ontario, and was raised by his single mother, Pattie Mallette.He was 12 years old when he entered a local singing competition in Stratford, placing second. He taught himself how to play the piano, drums, guitar, and trumpet. In late 2007, Bieber and his mother began posting videos on YouTube so his family and friends who could not attend his performances could view them, posting his versions of songs by Usher, Chris Brown, Stevie Wonder, Justin Timberlake, Ne-Yo and more.

Scooter Braun, a former marketing executive of So So Def, saw his videos, and flew Bieber to Atlanta, Georgia, where he met with R&B singer/songwriter Usher.A week later Bieber sang for Usher, who arranged an audition with Antonio L.A. Reid at Island Records, who in turn signed him to Island Records in October 2008. Justin Timberlake was reportedly in the running to sign Bieber, but he eventually signed with Usher. Bieber and his mother then moved to Atlanta, also the home of Usher and Braun, to base his career.

Career: Bieber's first album My World, was released on November 17, 2009. The album features guest vocals from Usher, who appears in the music video for the single "One Time". "One Time" reached number 12 in Canadian Hot 100 during its first week of release in July 2009, and later peaked at number 17 on the Billboard Hot 100. During fall 2009 it had success in international markets. The song went Platinum in Canada and the U.S. and Gold in the Australia and New Zealand.Three consecutive singles, "One Less Lonely Girl", "Love Me", and "Favorite Girl", were released exclusively on iTunes, and charted within the top forty of the Billboard Hot 100.The previous was also released to radio and peaked within the top fifteen in the Canada and the U.S., being certified Gold in the latter. My World eventually went Platinum in the U.S. and Canada, and Silver in the UK. Bieber performed in several live shows such as mtvU's VMA 09 Tour, European program The Dome,YTV's The Next Star and The Today Show,The Wendy Williams Show, Lopez Tonight, The Ellen DeGeneres Show, It's On with Alexa Chung, Good Morning America, Chelsea Lately, and BET's 106 & Park with Rihanna. Bieber also guest starred in an episode of True Jackson, VP in late 2009. In October 2009, Bieber was voted as the #5 "Best Good Example of 2009" by AOL's JSYK.

While promoting the album, Bieber was scheduled to appear at Long Island's Roosevelt Field Mall, but the performance had to be canceled.Over 3,000 screaming fans showed up for the appearance. The event got out of control and over 35 units from the Nassau County and Garden City police departments had to be called in. Several fans received minor injuries. The police arrested an Island Records senior vice-president, James A. Roppo, reportedly for hindering the police's crowd control efforts by not sending a timely message on Twitter as instructed by the police. James Roppo pleaded not guilty to all charges. On March 24, 2010 Bieber's manager, Scooter Braun, was arrested on one count of second-degree reckless endangerment and one count of second-degree criminal nuisance related to the incident. Braun pleaded not guilty to both charges and was later released.

Bieber performed Stevie Wonder's "Someday at Christmas" for U.S. President Barack Obama and first lady Michelle Obama at the White House for Christmas in Washington, which was broadcast on December 20, 2009 on USA television broadcaster TNT. Bieber was also one of the performers at Dick Clark's New Year's Rockin' Eve with Ryan Seacrest on December 31. Bieber was a presenter at the 52nd Grammy Awards on January 31, 2010. He was invited to be a vocalist for the remake of We Are The World for its 25th anniversary to benefit Haiti after the earthquake. Bieber sings the opening line, which was sung by Lionel Richie in the original version.

On March 12, 2010, a version of K'naan's "Wavin' Flag" recorded by a collective of Canadian musicians known as Young Artists for Haiti was released. Bieber is featured in the song, performing the closing lines.

"Baby", the lead single from the second half of his debut album, which features Ludacris, was released in January 2010, and became his biggest hit, charting at number five in the U.S., and was an international hit also, making the top ten in seven countries. Two digital singles, "Never Let You Go", and "U Smile" were top thirty hits on the U.S. Hot 100, and top twenty hits in Canada. The album has received "generally favorable reviews", and debuted at number one on the U.S. Billboard 200, and also in Canada, and Ireland. It reached the top ten of eleven other countries. The charting in the U.S. made him the youngest solo male act to top the chart since Stevie Wonder in 1963. To promote the album Bieber appeared and/or performed on several live programs including The View, the 2010 Kids Choice Awards,Nightline, The Late Show with David Letterman, The Dome and 106 and Park. On April 10, 2010, Bieber was the musical guest onSaturday Night Live. 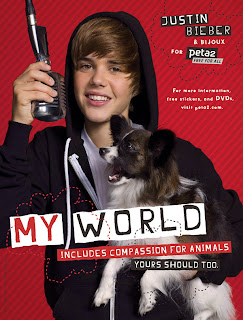 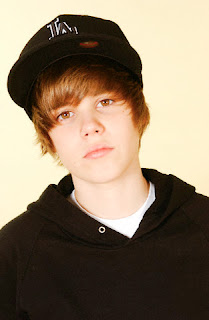 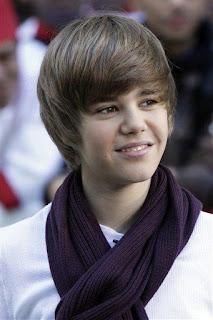 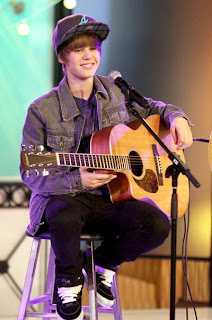 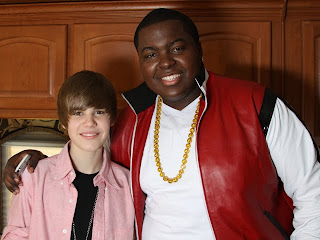 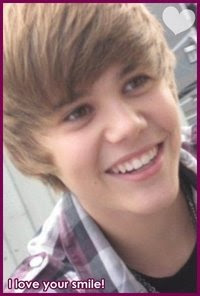 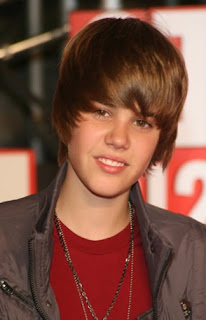 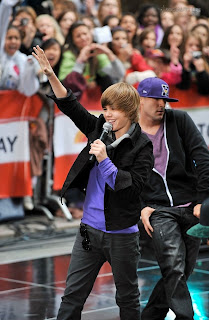 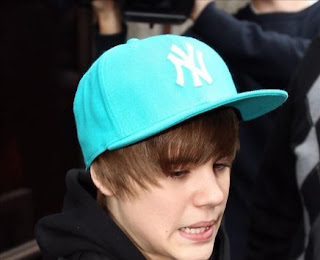 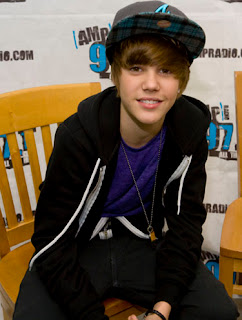 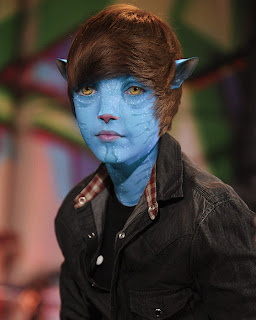 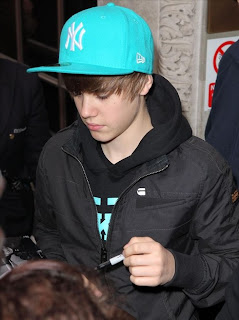 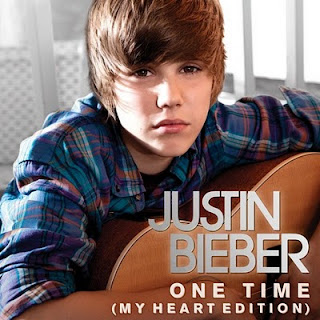 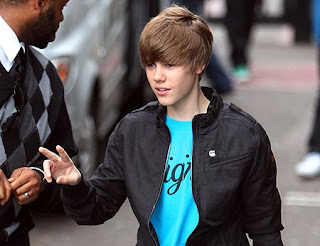 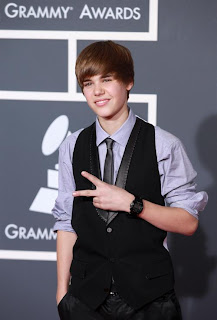 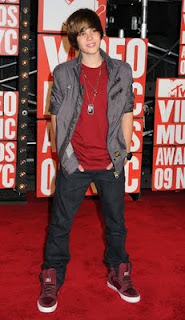 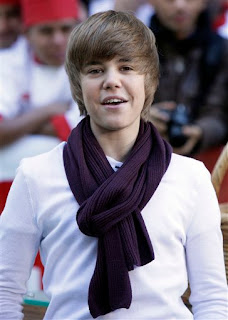 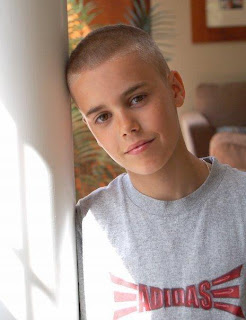 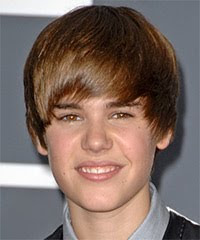 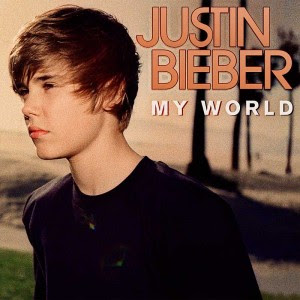 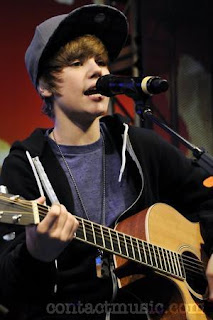 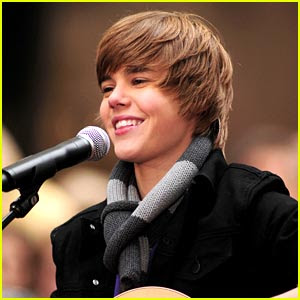 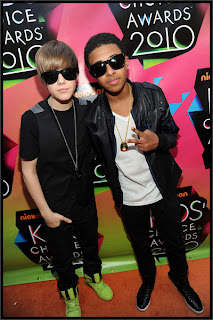 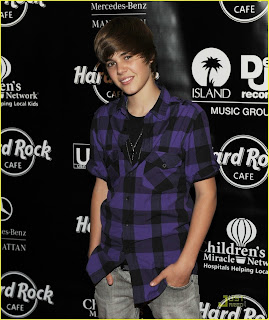 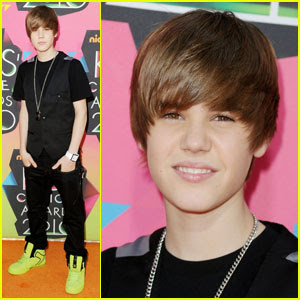 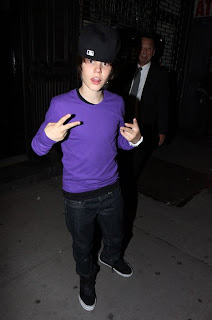